Opinion: History often has ignored the Nazis' persecution of these women 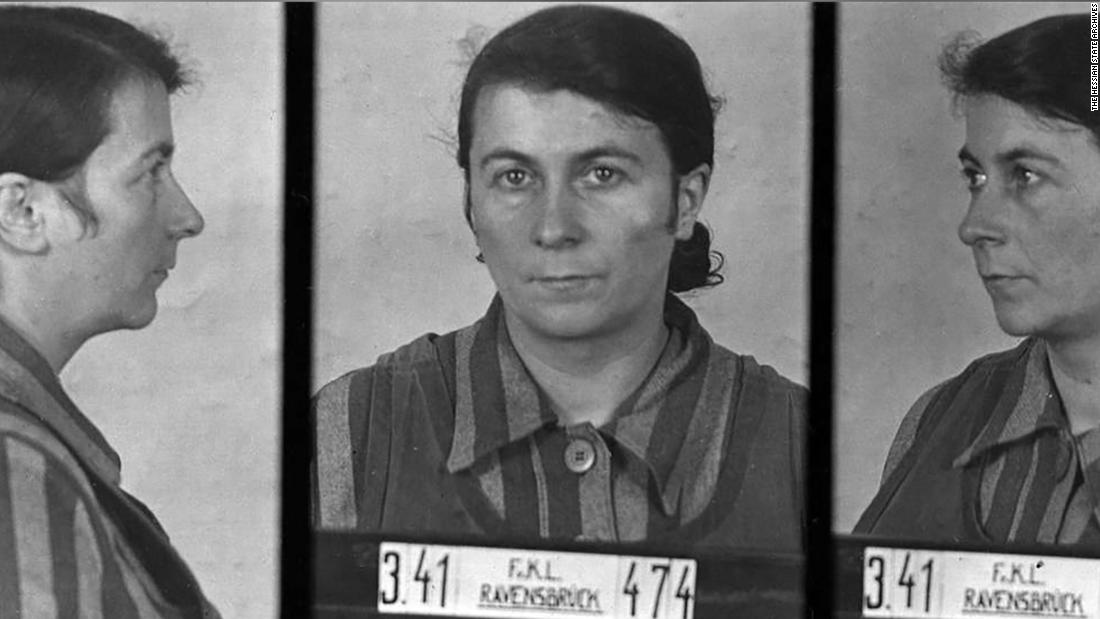 This June, though, we should be mindful not just of gay men but rather of all members of the LGBTQ family — finding narratives that can unite rather than divide us.

One of the most visible manifestations of this emphasis on gay male experiences is the pink triangle, a ubiquitous sign of LGBTQ liberation. The pink triangle is iconic because it alludes to one of the most brutal episodes in the centurieslong history of gay persecution: the symbol the Nazis forced gay men to wear in concentration camps. In the decades after World War II, the pink triangle offered gay activists in Germany and the United States a potent way to advocate for their rights. Who, after all, would deny rights to victims of Nazism?
But the kind of liberation the pink triangle stands for has just as often been exclusionary. For decades, male activists and historians insisted that lesbians had not been victims of National Socialism. They typically point to the fact that although Nazi law imposed harsh penalties on gay men, female homosexuality was never explicitly criminalized. Similarly, Germans persecuted for gender nonconformity are often relegated to the margins.
Moreover, these groups all too often were pushed out of postwar gay liberation movements. Lesbians and trans people frequently founded their own organizations after facing misogyny and transphobia from gay men. Privileging the persecution of gay men in the past, that is, was a way of centering their needs in the present.

In recent decades, a growing number of activists and historians have unearthed ignored histories of lesbian persecution in Nazi Germany. Their work has demonstrated that, even in the absence of a law criminalizing female homosexuality, the Nazi government persecuted lesbian women because they were lesbian.

For instance, take Waltraud Hock, who was born in 1922, after World War I, to a German woman and an occupation soldier who was a person of color. Because Hock was not considered White and because she had been born out of wedlock, she was an outsider in the murderous, racial state the Nazis established in 1933.
After Germany launched World War II, Hock was assigned to work at a farm as part of the war effort. She did not enjoy this labor and told the farmer to whom she had been assigned as much. In turn, the farmer suggested she should just stay home. Hock did so but was soon arrested for neglecting work and sentenced to three months in prison.
The Nazi state, which was obsessed with forging a racially homogenous “people’s community,” relied on both a regular penal system, as well as the extrajudicial world of concentration camps. Those deemed outsiders — among them Jews, communists, queer people, Roma and Sinti, and Black people — faced extreme forms of extrajudicial persecution that culminated in the extermination of 6 million Jews from across Europe and the murder of millions of other victims.
Once Hock fell into the Nazi penal system, bureaucrats took a harder look at her record, smoothing her path into the camps. These bureaucrats pointed out she was not White and suggested she needed to learn the value of work. She became one of thousands of Germans imprisoned by the Nazi government for not working or being “work shy.” Complicating matters, the Nazis learned she was a lesbian, noting down on an official form that she was a “Lesbierin.”

In the eyes of the fascist officials, these different acts and identities were all evidence Hock did not belong to the “people’s community.” In their words, she suffered from “moral rot.”

Thus, the Nazis labeled her an “asocial,” a broad category of persecution designed to catch anyone who did not conform to their ideals. They also recommended she be transported to a concentration camp. As soon as her prison term was up, police whisked her off to Ravensbrück, the largest female concentration camp in Germany. Later, she was taken to Auschwitz, where she was murdered in March 1943. Her intersecting identities as a lesbian, a person of color and a “work shy” individual were at the root of her persecution.
Hock was by no means the only lesbian the Nazis persecuted. Some faced less lethal forms of persecution, such as Käthe Abels, who ran a small sanatorium outside of Berlin. When her numerous relationships with other women came to light in 1942 — she was accused of pursuing at least five other women in the small village — Abels was stripped of her membership in the Nazi Party and forbidden from continuing to run her hospital. The party tribunal investigating her condemned her “abnormal sexual disposition,” writing it was “a significant threat to marriage and the natural disposition of the woman to motherhood.”
Other lesbian women were also imprisoned or murdered. Historian Claudia Schoppmann has written, for example, about the case of Margarete Rosenberg and Elli Smula. These two employees of Berlin public transportation were accused in 1940 of seducing their female colleagues and thereby interfering with their ability to work. They were both incarcerated at Ravensbrück as political prisoners, with the notation “lesbian” next to their names. Smula died there on July 8, 1943, while Rosenberg was liberated by American forces in 1945.
Likewise Henny Schermann and Mary Pünjer were Jewish women imprisoned at Ravensbrück in 1940. Once there, both were examined under the auspices of the “euthanasia” program that sent hundreds of thousands of Germans to their deaths, starting in 1939. Friederich Mennecke, a physician who selected victims at Ravensbrück, chose both Schermann and Pünjer to be gassed at the nearby Bernburg sanatorium.
In his notes, Mennecke commented that each was both Jewish and lesbian. Of Pünjer, he jotted down, “Married full-Jew. Very active (‘frisky’) lesbian. Continually visited ‘lesbian establishments’ and exchanged caresses in the establishment.” Such cases illustrate, as the pioneering historian Anna Hájková argues, the persecution of lesbian women was often intersectional in nature, the result of overlapping acts and identities.
Even as scholars have started telling more of these stories, they remain controversial. The daughter of a female Holocaust survivor took Hájková to court in 2020 to prevent her from publishing unproven claims that the survivor had had a relationship with a female concentration camp guard. Even though the German court ruled that Hájková could continue with her work, she was also fined and forbidden from using the survivor’s name. The case has had a chilling effect on research into LGBTQ victims of the Holocaust.
Still, it is a history that refuses to be silenced. A month ago, a group of activists, historians and mourners gathered at Ravensbrück to dedicate an orb of remembrance for lesbian victims of the Holocaust. The memorial — and the history it represents — is a reminder not only of the suffering of lesbian women but also that the Nazis’ persecution of queer people was not neatly compartmentalized. It was part and parcel of intersecting systems of anti-Semitism, misogyny, racism, homophobia and transphobia that ensnared millions of victims.

This Pride Month, we should remember these histories of persecution as well as the injustices that LGBTQ people continue to face around the world — and here at home.

America the beautiful: 50 must-see landmarks that tell our national story

'Spy Kids' star Alex PenaVega on why she left Hollywood for a Christian life: 'I needed a heart reset'

America the beautiful: 50 must-see landmarks that tell our national story

'Spy Kids' star Alex PenaVega on why she left Hollywood for a Christian life: 'I needed a heart reset'