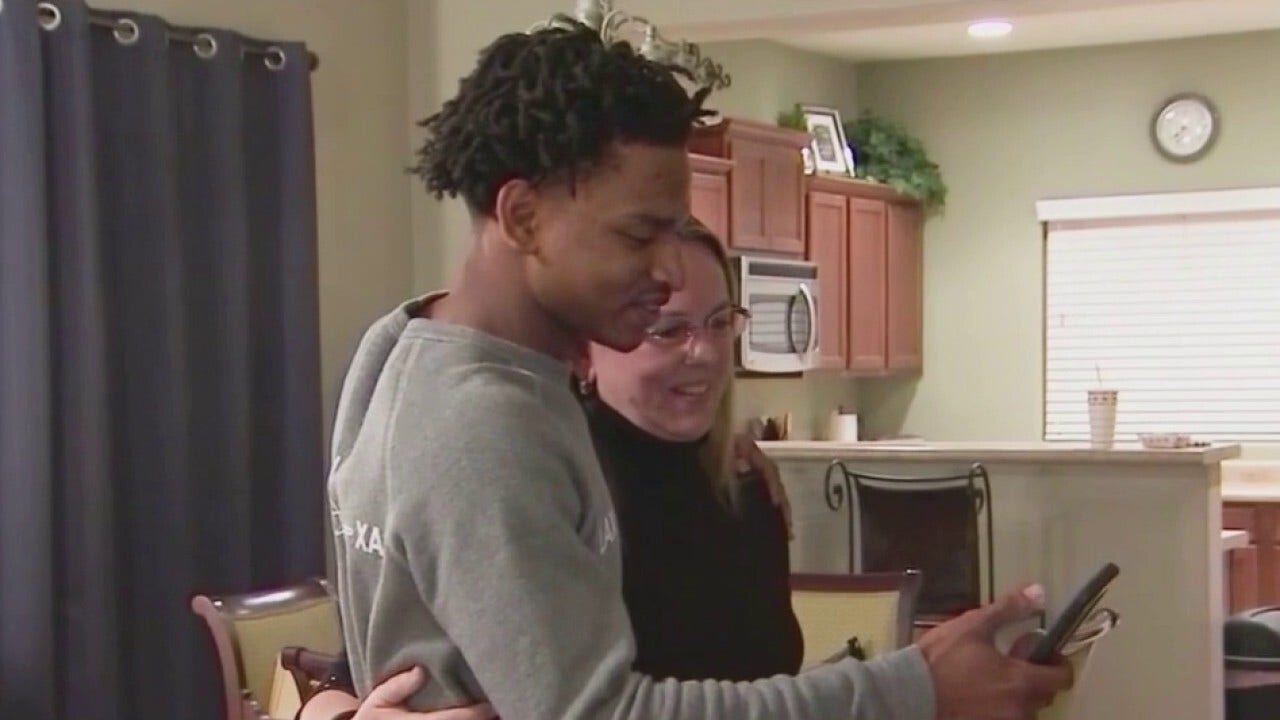 For the seventh year in a row, a man from Arizona will celebrate Thanksgiving Day with a woman who mistakenly invited him to her turkey dinner gathering years ago. Now, the former strangers continue to make it an annual tradition.

For seven years, Americans have watched Jamal Hinton of Phoenix, and Wanda Dench’s story unfold as Hinton continues sharing their journey on Twitter.

“To answer all your questions, yes Thanksgiving year 7 is planned out!” Hinton tweeted this week. “See you guys Thursday!”

Hinton and Dench’s story first gained viral attention in 2016, when Dench accidentally texted Hinton an invitation to Thanksgiving dinner, which was meant for her grandson. Now, the former strangers have not missed a holiday together.

“It has been an amazing journey,” Dench told Fox 10 Phoenix in 2021, as she and Hinton shared their sixth Turkey Day.

Hinton told the station, “She is an amazing person. She is the best.”

Hinton realized Dench’s 2016 text was a mistake after Dench sent a photo of herself to confirm if whether she was Hinton’s actual grandmother.

“[You’re] not my grandma,” Hinton replied with a laughing emoji.

Jamal Hinton, of Phoenix, hugs Wanda Dench in 2021 amid their sixth straight year of sharing Thanksgiving together.
(FOX 10 Phoenix)

Hinton sent back a selfie so Dench knew he was not her grandson, but asked if he could stop by for dinner anyway. Dench welcomed him with open arms.

Last year, Hinton posted a video on YouTube documenting the 2020 dinner he and his girlfriend shared with Dench – months after Dench’s husband Lonnie reportedly died from complications of COVID-19.

“I want to say thank you to all of the people that sent their blessings and their condolences and their well wishes for me,” Dench said in the video.

“…It’s still going to take a lot of time…but when I get visits from these guys, it really perks me up,” she said.

Thanksgiving apparently is not the only special time Hinton and Dench share together. On Sept. 8, Hinton retweeted a video that Dench posted which announced that she had gotten her first tattoo at the age of 65.

“Guess who went with me?” Dench captioned the video in which Hinton appears alongside her.

THANKSGIVING QUIZ!: HOW WELL DO YOU KNOW THESE SURPRISING FACTS ABOUT THE ANNUAL HOLIDAY?

On Feb 13, Super Bowl 2022, Dench tweeted a photo of herself sitting with Hinton, captioning the image: “GO RAMS!!!”

One week after last year’s Thanksgiving, Hinton shared news on Twitter that he and Dench would be partnering with streaming service Netflix.

“We thank every single one of you for your love and support in our journey the last 6 years,” Hinton wrote. “We can’t wait to tell our story on the big screen!”

Fox News Digital reached out to Hinton for comment.

Nicole Pelletiere is a senior editor on the lifestyle team at Fox News Digital.