MSNBC's Joy Reid blasts 'the myth' of Thanksgiving: 'Our birth was violent' 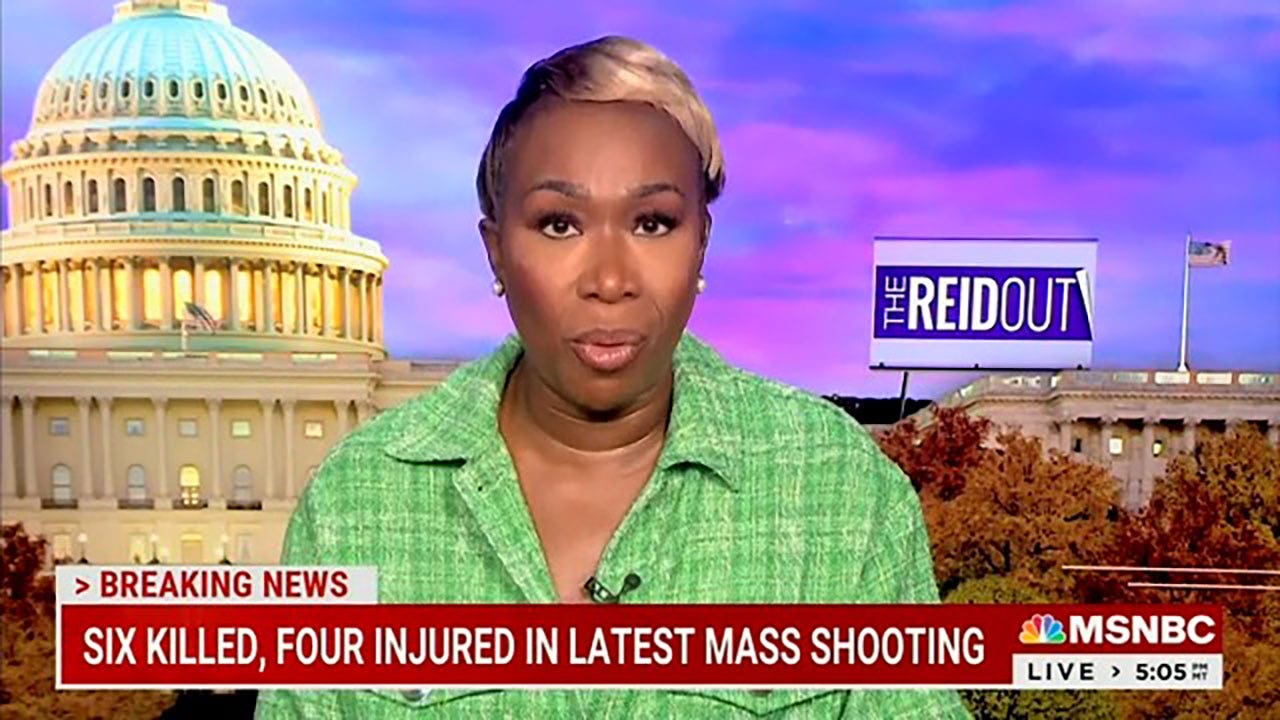 MSNBC’s Joy Reid celebrated the night before Thanksgiving by attacking “the myth” that she claims is pushed by Republicans that the nation’s founding was anything but violent.

The “ReidOut” host opened her show by starting to “unpack” Thanksgiving despite it being a cherished tradition for Americans.

“Tonight, we begin with Thanksgiving, the day we gather with friends and family to enjoy turkey, stuffing, mashed potatoes and pumpkin pie. We throw on the game, catch up on with lives and discuss or quite possibly argue about religion and politics. For millions of Americans, it’s been a cherished tradition, and as Americans, we value those traditions. But it is also important to unpack the myth of Thanksgiving,” Reid said.

She continued, “It is a holiday riddled with historical inaccuracies, built on this myth that the indigenous welcomed their colonizers with open arms and ears of corn. A simplistic fairytale interpretation of a 1621 encounter between indigenous tribes and English settlers that erases the genocide that followed. It is the truth that Republicans want banned from our textbooks because here is the secret they want so desperately to keep: We are a country founded on violence. Our birth was violent.”

THANKSGIVING VILIFIED BY MEDIA AND SCHOOLS AS A CELEBRATION OF ‘GENOCIDE,’ ‘IMPERIALISM’

Reid invoked information from the “1619 Project” to accuse America of continuing to perpetuate violence and even white supremacy,

“In 1619, a ship with more than 20 enslaved Africans landed in Virginia, ushering in two centuries of American slavery that left millions in chains dead. With those humans in bondage finally free, a terrorist organization that was a card-carrying member of polite society, the Ku Klux Klan, picked up where the Civil War ended, using violence to maintain White supremacy. The Klan and its ilk are still active and as Americans, we continue to choose violence. We are a country that chooses violence over and over again. There is no facet of American society untouched by it,” Reid said.

Conservatives, and critical historians, have generally argued that the 1619 Project distorted the true history of the U.S. with many of Nikole Hannah-Jones’ claims, but the mainstream media has largely turned a blind eye to negative feedback.
(AP Photo/John Minchillo)

Although this interpretation of American history by the 1619 Project has been pushed in schools, several historians have called out inaccuracies in the project.

Reid later linked these instances of choosing violence “over and over again” to the recent shootings reported from Colorado and Virginia.

“How much more bloodshed will we tolerate? How much longer will we cower in fear, looking over our shoulders whenever we are out of our homes? How much longer? And now, look closely, how much longer must our children endure active shooter drills in elementary schools? How many more empty seats at Thanksgiving dinner? There is a way to fix it and possibly end it. Instead, we are trapped in a cycle of gun violence that feels permanent, because an extreme minority that has infiltrated Congress loves guns more than they love people,” Reid said.

Mainstream media pundits have attacked Thanksgiving as a celebration of “genocide” and “imperialism.”
(iStock)

Lindsay Kornick is an associate editor for Fox News Digital. Story tips can be sent to lindsay.kornick@fox.com and on Twitter: @lmkornick.

In a win for the Justice Department, a jury finds Stewart Rhodes and another leader guilty for orchestrating a plan to stop the transfer of power from Trump to Biden