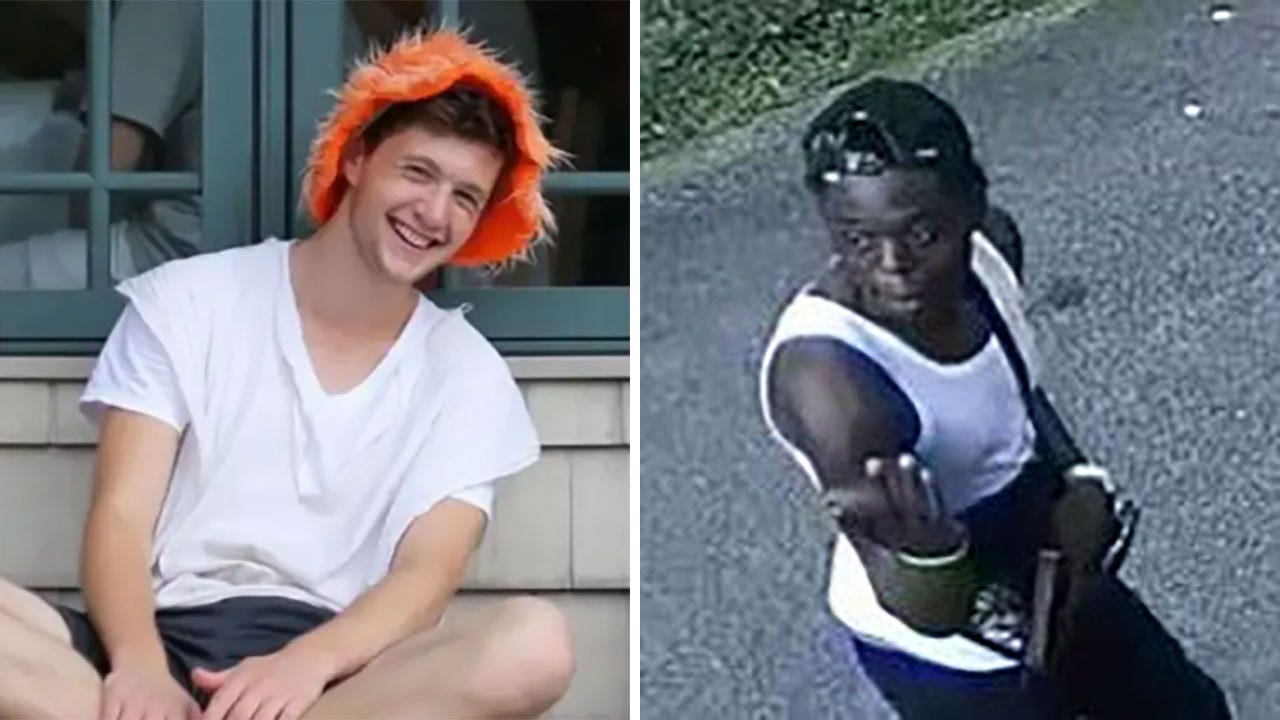 The suspect wanted for the August murder of a solar panel employee from Baltimore allegedly fired at Washington, D.C., police officers on Tuesday but still evaded arrest and remains at large.

Officers from the 6th district responded to a 911 call from a female citizen about the sighting and spotted a suspect at the scene matching the description.

The suspect — a 27-year-old Black male last seen wearing all black clothing — then produced a firearm, believed to be a handgun, and discharged several rounds in the direction of officers before fleeing on foot, Parsons said, adding that luckily none of the officers were injured. The suspect has white lettering or symbols down the sleeve of his shirt and was wearing some form of reflective shoes, Parsons said. Officers did not return fire.

The U.S. Marshals Service and the Bureau of Alcohol, Tobacco, Firearms and Explosives (ATF) were also involved in the search. Though the DC Police Department initially tweeted that Miler fled into a residential building after firing at officers and was barricaded inside, Parsons clarified to reporters that officers established a perimeter out several blocks and continued to search the area.

The Washington Post reported that heavily armed tactical officers and federal agents surrounded a building on Blaine Street NE that they initially believed Miler had entered.

Lockdowns or safety alerts at two elementary schools, one high school and one middle school lifted around 11:30 a.m., according to the Post. While one charter school, which initially planned to open later amid the police activity in the area, eventually decided to close for the day and another opened later in the day than normal.

While authorities have not disclosed a potential motive for Wolf’s murder, the Baltimore man was reportedly shot multiple times while installing solar panels on a building in the 5100 block of Call Place SE in the Marshall Heights neighborhood of D.C. Police said the suspect who walked up and discharged a handgun did not appear to take anything from the victim.

The killing devasted Baltimore’s Jewish community, and as mourners gathered at the Sol Levinson funeral home last month, Rabbi Menachem Goldberger described Wolf as a “very humble” man “striving for something greater” before he was “struck down in a moment with no warning,” according to the Post. Wolf lived in Baltimore with his wife and infant daughter, born less than a year before the murder.

FOX 5 DC reported that Wolf was a former counselor at Camp Simcha, which serves children and teens with cancer and blood disorders. The camp released a statement after Wolf’s death, saying he’d be remembered for his “chesed” — the Hebrew word for kindness and love — and “dedication” to helping others.

FOX Baltimore reported that Miler, since featured on Maryland’s Most Wanted, had already been wanted following a 2018 arrest for about a dozen theft-related charges at the time of Wolf’s killing, but records show that a prior warrant went unserved for more than three and-a-half years.

Danielle Wallace is a reporter for Fox News Digital covering politics, crime, police and more. Story tips can be sent to danielle.wallace@fox.com and on Twitter: @danimwallace.