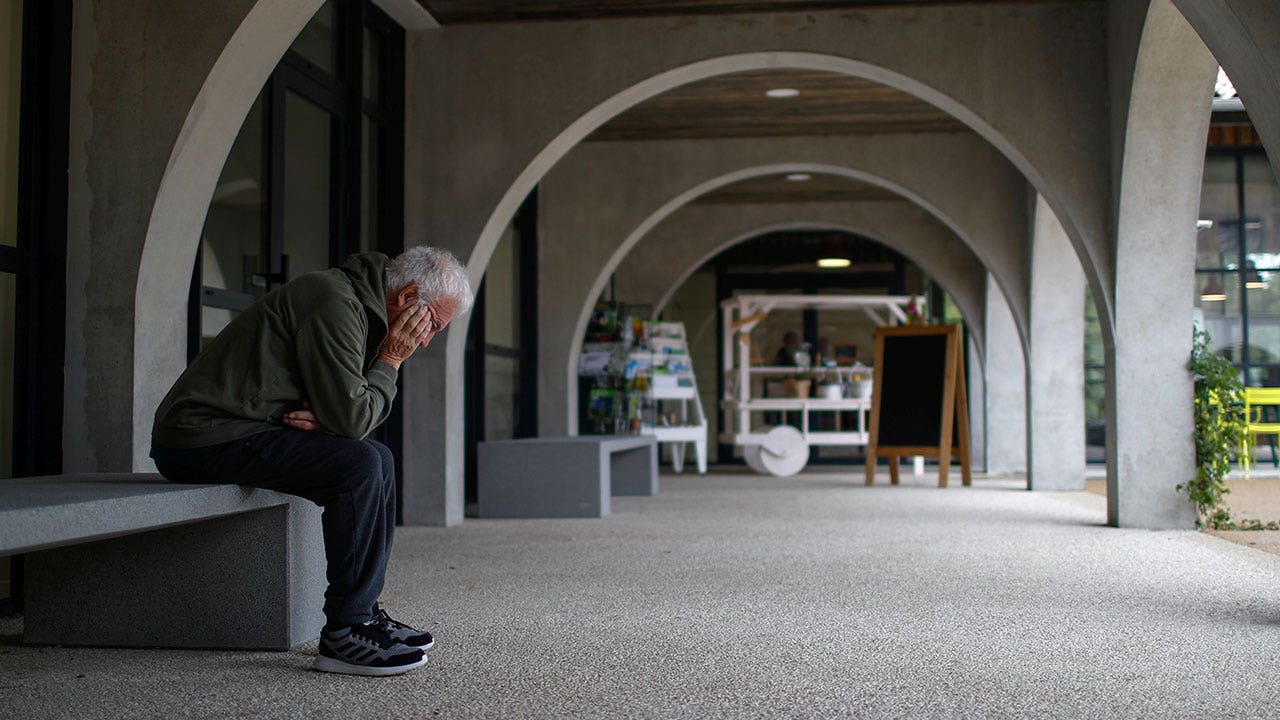 An experimental Alzheimer’s drug made by Eisai Co Ltd and Biogen slowed cognitive and functional decline in a large trial of patients in the early stages of the disease, they said on Tuesday, potentially a rare win in a field littered with failed drugs.

Multiple drugmakers have so far tried and failed to find an effective treatment for the brain-wasting disease that affects about 55 million people globally. A breakthrough would be a major boost to similar studies being run by Roche and Eli Lilly.

The drug, lecanemab, slowed progress of the disease by 27% compared with a placebo, meeting the study’s main goal, and potentially offering hope for patients and their families desperate for an effective treatment.

The race to stem the progression of Alzheimer’s comes as the number of Americans living with the disease is expected to roughly double to 13 million by 2050, according to the Alzheimer’s Association.

An Alzheimer’s patient rests on a bench after walking at the Village Landais Alzheimer site in Dax, France, on Sept. 24, 2020.
(REUTERS/Gonzalo Fuentes)

Globally, the figure could reach 139 million by 2050 without an effective treatment, Alzheimer’s Disease International said.

Eisai, leader of the 50-50 partnership’s lecanemab program, is seeking FDA approval under an accelerated pathway, with a decision expected in early January.

It is aiming for full approval and commercialization of the drug in the United States, Europe, and Japan by the end of 2023, CEO Haruo Naito told reporters in Tokyo.

After being untraded with a glut of buy orders on Wednesday, Eisai’s shares, as per Tokyo stock exchange rules, closed up by their daily limit of 1,000 yen, a 17% rise, pointing to further strong buying demand on Thursday. Biogen shares surged 50% in premarket trading, lifting the stocks of rivals Roche and Eli Lilly.

Eisai said results from the 1,800-patient trial prove the longstanding theory that removal of sticky deposits of a protein called amyloid beta from the brains of people with early Alzheimer’s can delay advance of the debilitating disease.

NEW STUDY SUGGESTS STEROIDS MAY CHANGE THE STRUCTURE OF THE BRAIN

Lecanemab, like the partners’ previous drug Aduhelm, is an intravenous antibody designed to remove amyloid deposits. Unlike Aduhelm, lecanemab targets forms of amyloid that have not yet clumped together.

“If you can slow a disease by almost 30% that’s fantastic,” said Dr Jeff Cummings, director of the Chambers-Grundy Center for Transformative Neuroscience at the University of Nevada Las Vegas.

The so-called amyloid hypothesis has been challenged by some scientists, particularly after the U.S. Food and Drug Administration’s controversial approval of Aduhelm in 2021 based on its plaque-clearing ability rather than proof that it helped slow cognitive decline. The decision came after the FDA’s own panel of outside experts had advised against approval.

While the top-line results for lecanemab are convincing, it’s still “very early days” in determining whether the effects are clinically meaningful, said Dr Kristian Steen Frederiksen, director of a clinical trial unit at the University of Copenhagen.

Alzheimer’s “is an extremely complex disease and amyloid-related pathology is unlikely to be the only player,” he said. “Therefore targeting a single target is not likely to produce large effect sizes.”

Aduhelm was the first new Alzheimer’s drug approved in 20 years after a long list of high-profile failures for the industry.

“I would hope that the FDA approves the drug in January,” USAgainstAlzheimer’s Chairman George Vradenburg said.

The Phase III trial evaluated the drug’s ability to reduce cognitive and functional decline based on the Clinical Dementia Rating-Sum of Boxes (CDR-SB), a numerical scale used to quantify the severity of dementia in patients in areas such as memory, orientation, judgment and problem solving and personal care.

Micro hemorrhages in the brain occurred at a rate of 17% in the lecanemab group, and 8.7% in the placebo group.

Petersen said the side effect rate was much less than with Aduhelm and “certainly tolerable.”

Aduhelm’s approval was a rare bright spot for Alzheimer’s patients, but critics have called for more evidence that amyloid-targeting drugs are worth the cost.

The controversy and reluctance by some payers to cover Aduhelm led Biogen to slash the drug’s price to $28,000 per year from an initial $56,000.

Medicare, the U.S. government health plan for people 65 and older, said this year it would only pay for Aduhelm and other similar drugs if patients were enrolled in a valid clinical trial, which sharply curtailed the medication’s use.

Michael Irizarry, Eisai’s deputy chief clinical officer, said on a conference call that the company will have discussions with Medicare about coverage of lecanemab.