Kansas prosecutor intends to try woman for third time in killing of ex-husband, his girlfriend 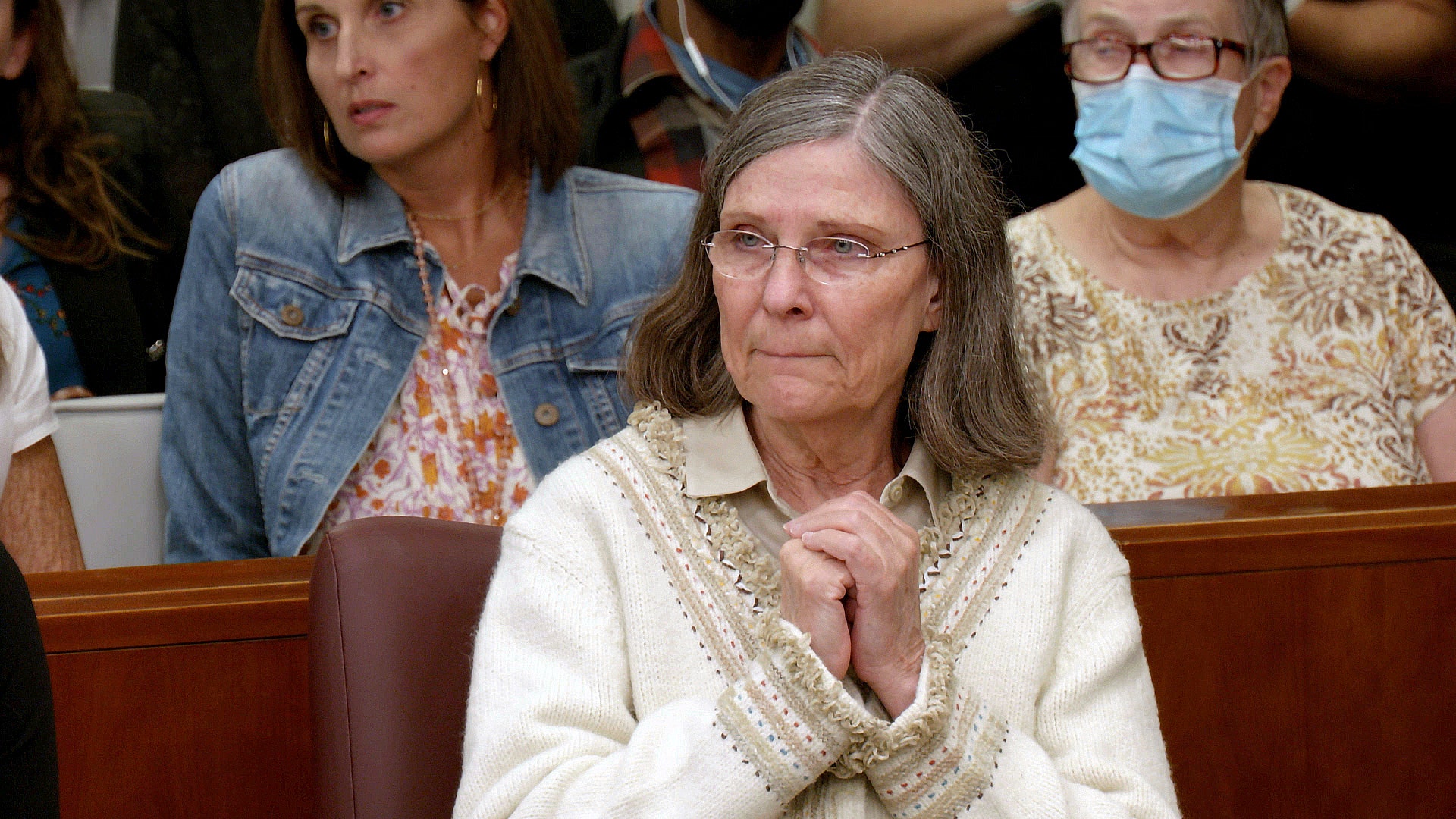 A Kansas prosecutor has indicated that he intends to try a woman for the third time in the killings of her ex-husband and his girlfriend two decades ago.

Dana Chandler is accused of killing 47-year-old Mike Sisco and his fiancee, 53-year-old Karen Harkness, in 2002 in Topeka.

Chandler, who has always maintained she was in Colorado when the murders occurred, was convicted in her first trial in 2012, but the Kansas Supreme Court overturned that conviction because of prosecutorial misconduct.

Dana Chandler, above, awaits the jury verdict in her retrial at the Shawnee County District Court in Topeka, Kansas, on Sept. 1, 2022. A Kansas prosecutor has indicated that he intends to try Chandler for the third time in the killings of her ex-husband and his girlfriend two decades ago.
(Story Syndicate via AP, Pool, File)

Prosecutors contend that Chandler shot the victims because she was bitter and upset by her divorce from Sisco. They acknowledged they had little physical evidence tying her to the killings but said the circumstantial evidence was overwhelming.

Chandler’s attorneys argued that police did not investigate other potential suspects and conducted a sloppy investigation.

China puts the world at more risk than ever before